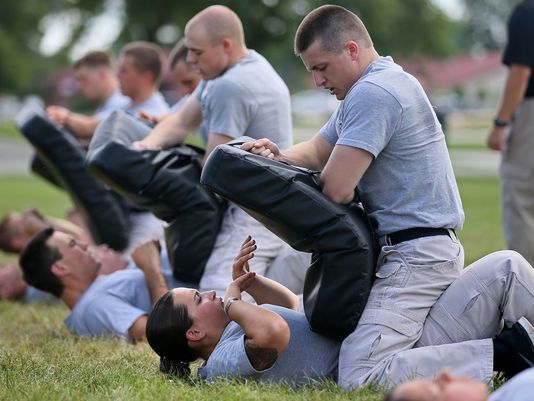 Michelle Beck wasted no time transitioning from being a U.S. Marine to an Iowa State Patrol trooper recruit. In fact, Beck became a recruit before she had officially left the service, she said Tuesday.

“I wanted to be a police officer before I even joined the military,” said Beck, 30, of Waterloo. “When I got out, I already knew this is what I wanted to do.”

Read the full story after the link.